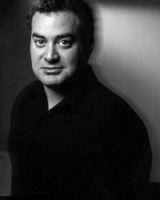 PEOPLE WHO THINK and write seriously about photography spend a lot of time questioning the photographic enterprise, far more than they do discussing photos and photographers. You don’t have to look hard to find this thinking. A critic in The New York Times questions the “mind-numbing tyranny of the image.” The Museum of Modern Art brags about putting on a show where the artists “are not primarily interested in images.” One authority describes the mistrust of photography as “orthodox” and “standardized by the academic establishment.”

For me, images come first. I try not to be tyrannical about it but I make pictures. God knows that I have doubts about them but I don’t mistrust the enterprise. I’m delighted by the idea that one viewers are thinking about my pictures, even if it’s a bit of neo-Marxist theorizing (art criticism being one of the few places where such theories still thrive) but the picture maintains an identity that is unique and apart. Their existence precedes their essence, as an existential philosopher might put it.

The art form has its problems, of course. It would be a better world if a million Web sites didn’t post a billion pictures every day. The belief that a moment must be recorded to be lived is not a happy one. But a photographer, it seems to me, must make a leap of faith, must believe that photography has a particular genius that rises above mass consumption and consumerism, a genius that Instagram can’t destroy.

When I first started shooting, I was living in New York City. I shot street photography because street photography matches New York like fresco matches Florence. The city just wants to be shot in black-and-white, with a touch of motion blur. If only people still wore hats!

After a couple of years, my fake Cartier-Bressons got better, but I realized that I didn’t have much to say about the subject that was new. Also, I wanted to be taken seriously, and as long as I was shooting street, that wasn’t going to happen.

So, I put aside the imaginary Leica, the one I could never afford, and I slowed down. As I did so, the demands of the moment gave way to a consideration of time. Garry Winogrand once said that it’s impossible to capture time—narrative, what happened before or after the shutter is tripped—in a still image. But by working the angles and sneaking up on it, that’s exactly what I hope to do.